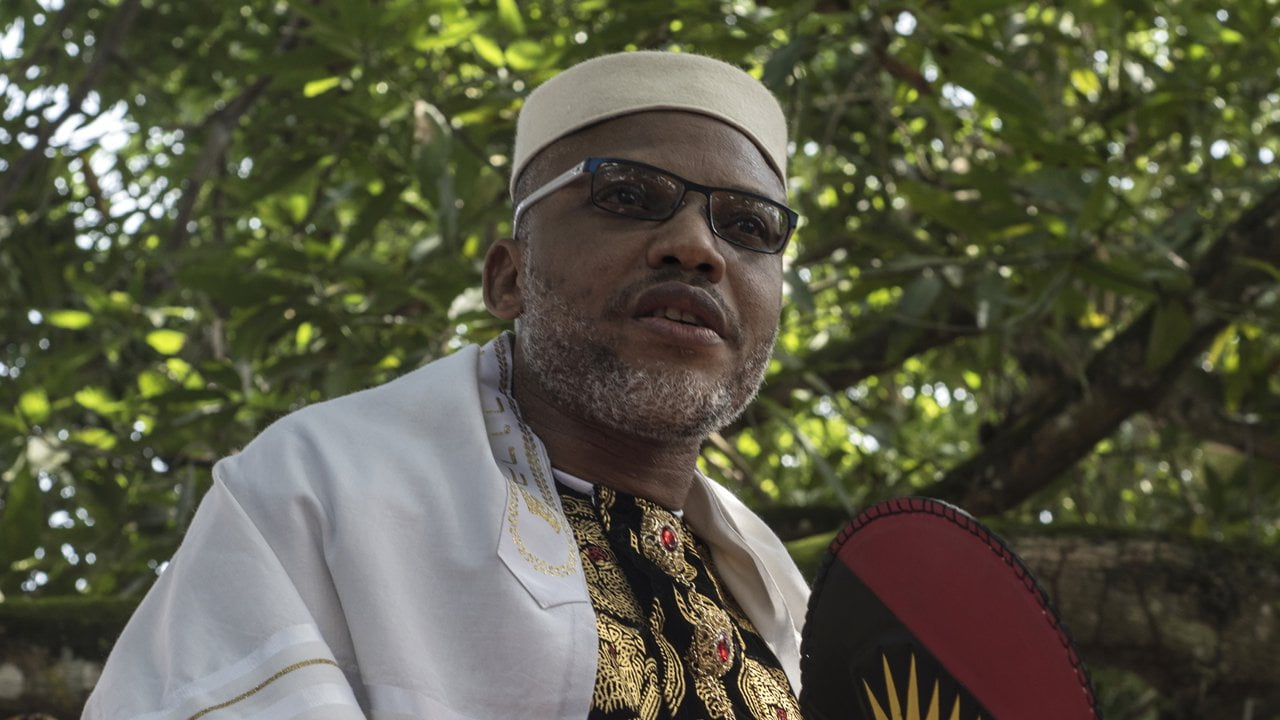 Leader of the Indigenous People of Biafra, IPOB, Mazi Nnamdi Kanu has kicked against the alleged plan by the Miyetti Allah Cattle Breeders Association MACBAN, to set up a vigilante group in the South East.

In a statement personally signed by him on Friday, the IPOB leader described the plan as idiotic, extremely shocking and shameful.

Kanu rather demanded the immediate arrest of the MACBAN for daring to reveal their alleged criminal intention to invade Igboland.

He also warned the MACBAN, South East Governors and their collaborators to steer clear of Igbo land with such plan.

According to him, “IPOB will resist them and their plan, just as it has started keeping vigil to wade off any such plan and subsequent attack of Biafra land.

“I in totality, and IPOB, both in letter and spirit condemn the underhand agreement between South East Governors and Fulani terrorists that led to the idiotic call by Miyetti Allah Cattle Breeders Association (MACBAN), the fourth most deadly terror group in the world, for the establishment of Fulani terrorist vigilante groups in Igboland, Biafra.

“Without much ado, I wish to state as follows, that it is extremely shocking and shameful that, at a time when Fulani cattle herders have turned to terrorists and ravaging the North, Middle Belt and Yorubaland, Southeast Governors allowed Miyetti Allah to get away with such criminal demand on our soil.

“It is akin to telling someone in advance that you are coming to rob his house and he allowed you to just walk away, while pleading with you that you should reconsider.

“Instead of ordering their immediate arrest on the spot for daring to so brazenly reveal their criminal intention to invade Igboland, the spineless cowards that pass for SouthEast Governors appear to want to accommodate their demands.

“No doubt as payback for being rigged back into power by Fulani Cabal that run the government of Nigeria.

“Miyetti Allah a mere cattle trading association, that later turned into a militant terrorist organisation is now openly threatening to conquer Igboland with the help of Igbo governors.

“It defies logic that Southeast Governors would care to give audience in the open in Igboland to an organisation that has been rated the fourth deadliest terrorist organisation in the world.

“Did the Southeast Governors stop to consider that Biafran traders in the far North, even though law abiding, can never be given the audience and reverence that these Southeast governors have so shamefully extended to Miyetti Allah.

“Considering the weak and rambling response of Governor Dave Umahi to this criminal demand, we are certain these Southeast Governors have already granted this request; and in the unlikely event they have not, it’s highly probable that they will, albeit secretly.

“In such event, I hereby warn Miyetti Allah, Southeast Governors and their collaborators in the Southeast and elsewhere in Nigeria that IPOB will not tolerate the establishment of any Fulani militia, masquerading as vigilantes, in Southeast or anywhere else in Biafraland.

“We recall that it is the stated intention of IPOB to set up vigilante services, otherwise known as Biafran Security Services, BSS, that was used as the immediate excuse by the same Southeast Governors to purportedly proscribe IPOB, whereupon they proceeded to invite the Government of Nigeria to declare IPOB a terrorist organisation, all of which culminated in the Python Dance that claimed scores of innocent Biafran lives.

“We are eagerly waiting for Miyetti Allah and their Fulani terror militia in Biafraland, an adventure they will regret for as long as they live.

“Their ancestors tried the same nonsense 300 years ago and returned to Zaria in humiliation, so will this Fulani army of darkness fail in 2019.

“Fulani caliphate must know that IPOB will not allow any of piece of Biafran territory to become another Illorin. We are waiting for Miyetti Allah with open arms.”